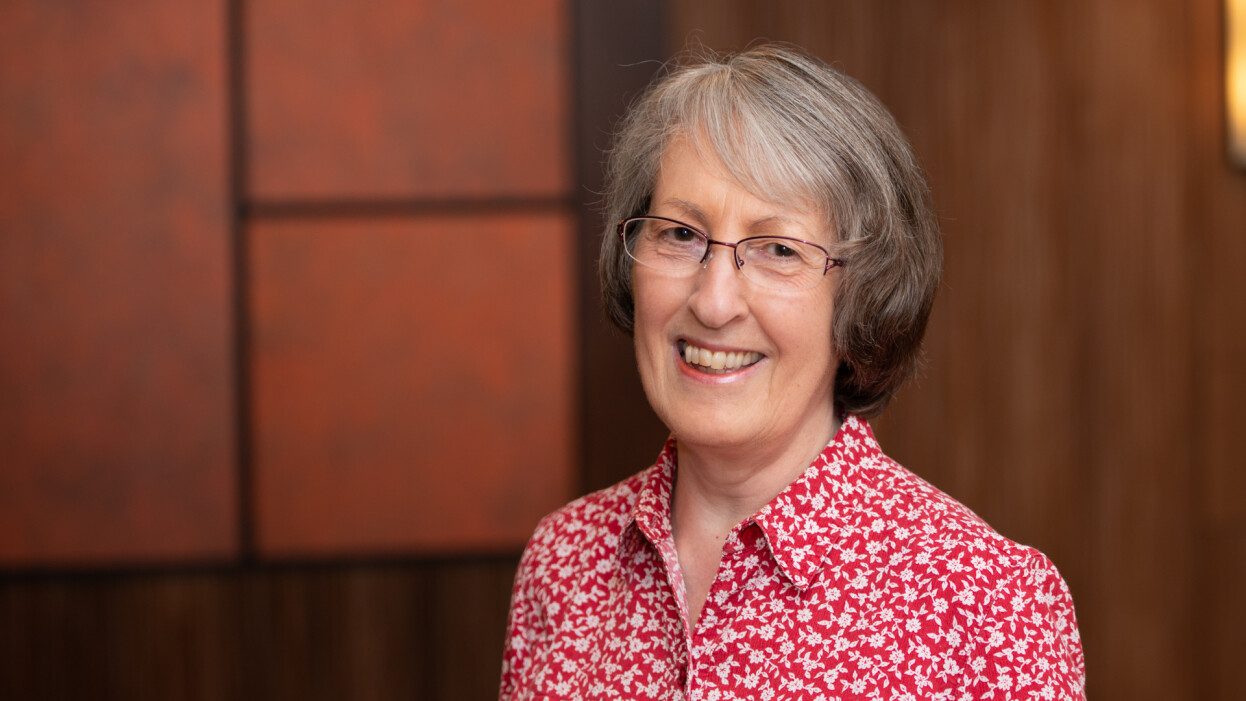 Meet Angela Spreadbury - the woman who for years has been faithfully supporting our Worship Ministries department from behind the scenes. We had the chance to sit down with Angela a few weeks back to hear her story of where she came from, how God brought her to Calvary, and what her past 14 years of service have been like. We are so thankful for Angela and are excited for her as she enters into a well-deserved season of retirement from full-time work!

A: I provide support for the Worship Ministries staff so that they have everything they need to lead worship well every Sunday. [My responsibilities include] purchasing music for the choir/orchestra, the worship choir, worship teams, and King’s Kids (much is done online - we download and print music ourselves) and keeping the music library organized and our workroom and kitchen supplied. [I also] answer the phone, keep in touch with the Worship Ministries family via email, keep tabs on the costume closet (as many costumes, and occasionally props, are used by Sunday School teachers and sometimes outside groups), and prepare the song lyrics for the screens in the auditorium.

Q: Where did you grow up?

A: I grew up in a town about 15 miles outside of Manchester, in the Northwest of England.

A: That was when I was 10 years old... I was raised in a Christian home, and my mum belonged to a little Evangelical mission church while my dad was an Anglican, so I went to mum’s church most of the time and occasionally I went with dad to the Anglican church because the preacher there didn't shout quite so loudly! Anyway, every year at mum's church we would have a visit from The Evangelization Society, which was based in Scotland. The evangelists traveled in a kind of motorhome, which reminds me of a big UPS truck, now that I think about it. It was painted dark green with Bible texts written on the side in gold. The preacher was a Scot by the name of Willie Docherty. I'll never forget him. And his helper was Bill Graham, which was quite humorous at the time because it obviously wasn't the Billy Graham we know, but his name really was Bill Graham. It was during one of [their] visits that I became a Christian.

Q: So you ended up going to bible school?

A: My father died when I was 15 and my teenage years were difficult at times. Getting into nursing school and living independently made me realize the need for a closer walk with the Lord. I got involved with the Nurses Christian Fellowship and helped lead [that group]. Then I looked for a short-term Bible school, and found Capernwray Hall in the north of England.

Q: How did you meet your husband?

A: After Capernwray, I went to work in the Billy Graham offices in London where they were preparing for a big crusade and that's where I met Andrew. We were married a year later, [in 1974], and attended All Nations Christian College in Hertfordshire. The first church Andrew pastored was in Saltford, a small village near Bristol, and we were there for about five years.

Q: When did you come to the United States?

A: After Saltford, we were invited to a church in Jersey in the Channel Islands, which is off the coast of France. It’s the "old" Jersey for which New Jersey gets his name. It is an island, nine by five miles - very beautiful. We loved our time there. Andrew was their pastor for almost five years before we returned to England. We heard through a friend about a church in the Lancaster, Pennsylvania area that needed a pastor. Our family visited over the summer for a couple of months (we had three children by then). Andrew preached every Sunday and we enjoyed visiting New York etc. The following year we were invited back. So that was how we came to live here permanently, and that was 1991.

Q: When did you start coming to Calvary?

A: After serving that church for about two years God closed the door. After attending one or two other churches, we came to Calvary. We wanted a to belong to a Bible-believing church where our children would also be well-taught and feel at home. So we arrived when Phil Jackson was overseeing the youth ministry before he went to Macedonia, and Pastor Dave was senior pastor.

Q: How long have you been at Calvary?

Q: What have been some of your highlights?

A: I've worked with a great team of people in Worship Ministries – what a blessing! I've enjoyed getting to know all the people in the choir and orchestra. I work mostly with the choir and know them all, including their music number, which makes them smile. It’s a privilege to share in the lives of choir and orchestra members, in the good times and the not-so good. We’re a family that prays and cares for one another and serving them has been so rewarding.

Q: Do you miss nursing at all?

A: No, not really. Nursing nowadays is very different from back in my day: much more high-tech. I have to say though that the short time I spent as a midwife was absolutely the best! I'm pretty sure that, in a pinch, I would probably remember how to deliver a baby...

Q: Anything we missed?

A: I don't think so. Our life hasn’t all been plain sailing. But I can see how God has led us and especially since we left Jersey. Coming to the U.S. and being a part of Calvary Church and then to have the privilege of working on staff... It's like God saved the best until the last. It's been my favorite job by far because it's more than just a job. It's ministry.